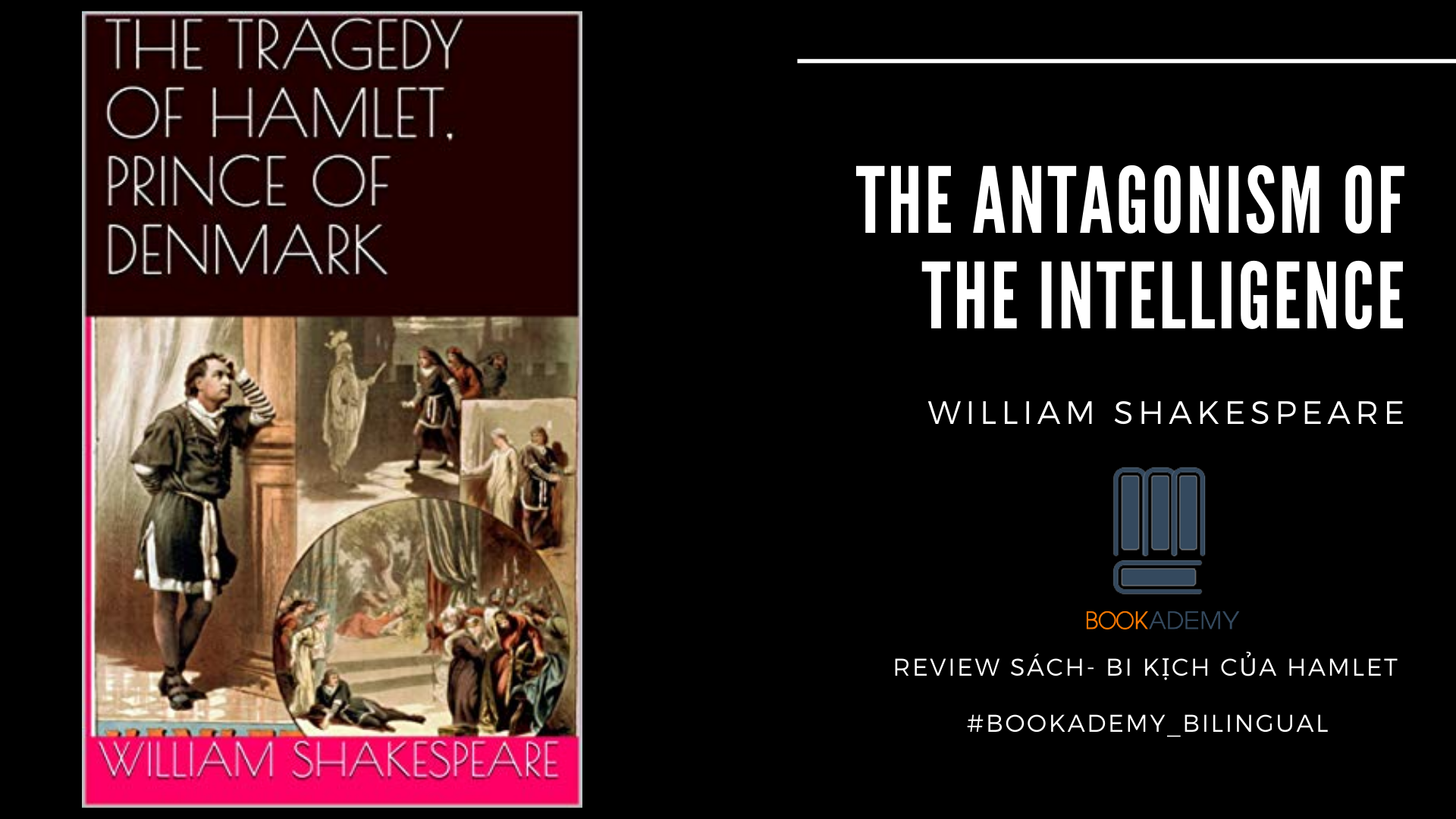 It
is no coincidence that William Shakespeare’s Tragedy of Hamlet is dubbed the
masterpiece of all time. A work completed in the Middle Ages does not mean that
it is not valid at the same time. A society that contradicts the idea.
Writing tragedy but the cost of tragedy is not mourning, it is the thorny and
exchanging the philosophical value of the intellectualists.

The
law is born, there will be people who break it, not because it is not proper to
society; people break laws because its loopholes constraining their efforts
to reclaim justice. In tragedy, Hamlet is the most special person when he has
more intelligence than others. However, when the intelligence must be alone
against the masses of fools, the lone person will be the wrong one. The path to
the truth of the intellect has suffered an expensive price at the end of the
tragedy.

Hamlet’s tragedy also highlights other realistic values, such as recording a historical
period of the Renaissance – when feudalism had fallen and empires began to turn
into capitalist; the tragedy in character’s psychology – inner struggle to find
true values ​​of
life; the tragedy and the consequences of an untimely love; and countless values
​​in literature in general,
in the dramatic arts in particular.

The play revolves around the central character, Prince Hamlet of Denmark. His
family had a tough scenario, his father had been dead for two months when his
mother – Queen Gertrude remarried to her uncle Claudius. One night his father’s
ghost appeared to inform him of the truth about death due to Claudius’s
attempted usurpation. Hamlet became suspicious of the ghost’s words and doubted
both Claudius and his mother. To verify the situation, he made a plan,
he pretends to be insane in front of everyone’s surprise, even with his lover
Ophelia – he denied everything. Hamlet had secretly arranged for Claudius and
his mother to watch a play of killing the king to verify the truth. As
expected, Claudius stood up and left. The king, worried about whether Hamlet
doubted himself, listened to Polonius – a flattering squire to bring Hamlet to
England. Then, to secretly kill him. Before leaving, Hamlet met the queen and
accidentally killed Polonius when he was eavesdropping on the conversation.
Ophelia is sad at the moment because her lover refuses and her father
(Polonius) was killed, so she commits suicide. Laertes – Ophelia’s brother
knows that the murder of his father is Hamlet, seeking ways to avenge. Hamlet
meanwhile realized Claudius’s scheme and took advantage of his intelligence to
return. When he returned, he witnessed the funeral of his lover and received a
challenge from Laertes. During the battle, Laertes’ sword was pre-poisoned to
kill Hamlet, Claudius also prepared a poisoned cup of wine in case of congratulate
Hamlet’s winning. However, as a result of the battle, Laertes was stabbed to
death by the poison sword, and the queen drank the poison cup. Before having
been died, Laertes had told the truth that this battle had been arranged by
Claudius to kill Hamlet. At that time, he was indignant and used poisoned
swords to kill the king. At the end of the play, Hamlet then died due to a
sword wound and died during the coronation ceremony of Fortinbras (Prince of
Norway).

PART
II: THE ANTAGONISM OF THE INTELLIGENCE

Is intelligence
the source of skepticism?

Hamlet represented the
standard man of society at the time – a man of reason and wisdom. Hamlet’s
actions revealed a personality that tended to use intelligence, different from
those of his class. Hamlet embodied skepticism, never ceasing to question for
himself what was happening. Hamlet was also the first and only person to dare
to fight for his own opinions and question the entire society.

Hamlet at the beginning
of the novel faces a family drama when his uncle killed his father to usurp the
throne, and his mother married his uncle right after his father’s death.
This family tragedy is not just on the scale of a small part of
feudal-renaissance society; it implies a society that vies for power –
rotting from within the royal family.

Faced with the tragedy of
the country, Hamlet asked himself whether his father’s death was hidden behind
a mask. And if true, what to do – to take revenge or not to take revenge? And
if revenge, then how?

Hamlet was skeptical of
himself by saying, To be or not to be, death with Hamlet was
just sleeping. However, choosing to die without a fight for the right
is not sleeping peacefully.

Endure all the
stones, the arrows of fate, or take up arms to fight against the waves of the
miserable ocean, destroy them, which is nobler? Because in that sleep of
death, when we are free from this mundane body, which dreams will come, that
makes us have to stop and think. It causes many disasters in this long life! Quoted from III, scene 1.

Hamlet’s intelligence is
the source of skepticism in his thoughts. A family in which there is no
longer mutual trust will be the source of tragedy. However, Hamlet’s skepticism
was not without a foundation; he was right. Life
is filthy, just like a wild garden growing poisonous seeds, full of rotten
plants. – Hamlet judged life when skepticism arose.

Skepticism is not
negative and the way Hamlet uses his thinking to question himself is reasonable. Although struggling
psychologically about the pain of losing a father and mother to get a new
husband; Hamlet did not let emotions overwhelm his suspicion. Skepticism should
be present in social life, but in a civilized and proactive manner in the
control of intelligence. Doubt helps the character be more proactive and more
progressive when finding appropriate solutions on the way to finding the truth.
Thereby, the skepticism in the work so far remains valid.

The skepticism caused by Hamlet’s
character is not without meaning but appears at the wrong time. So it was also
the cause of a series of tragedies about Hamlet’s life later. 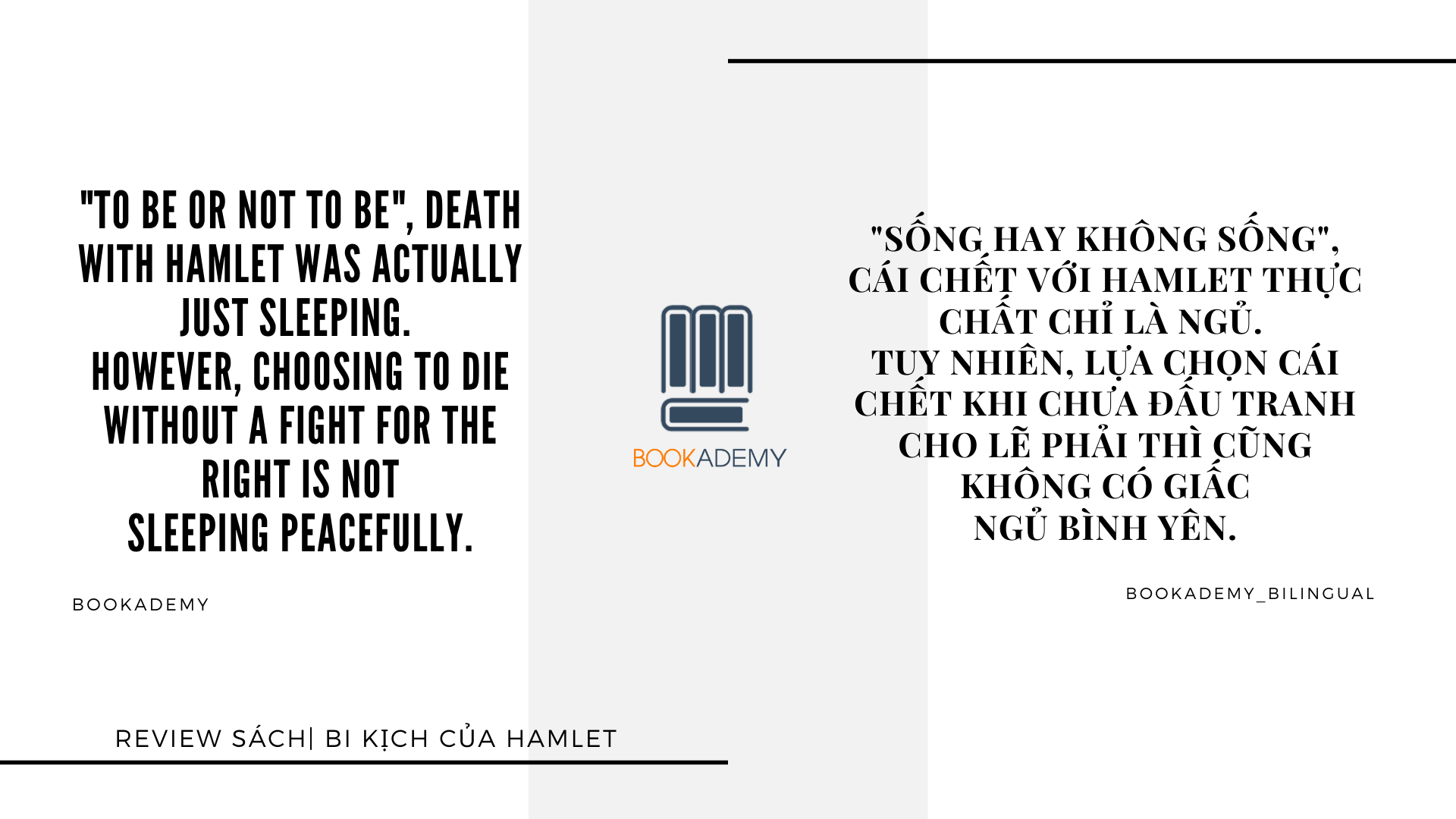 Is intelligence the cause of Hamlet’s
not-yet revenge?

Skepticism about the
filthy truth behind his father’s death was correct, but Hamlet did not decide
to take immediate revenge. Hamlet is the prince so creating power and
reclaiming the throne by the principles will not be anti-thoughts.
However, the intelligence in Hamlet realized that regaining power would not
help him accomplish his revenge. Moreover, Hamlet’s goal from the beginning was
not the throne, if competing for power like that, Hamlet would be like a filthy
villain. Hamlet’s intellect kept the character from being corrupted by a
corrupt society. That was also the reason that Hamlet did not decide to take
revenge immediately, he needed a clear plan for a single goal: Revenge. The art
of building character is unique in that the character pursues his ideals
intensely and exposes the atrocities of society, but still, retains the
consistency in thinking.

Is intelligence the cause of Hamlet’s
pretending to be insanity?

Shakespeare has subtly created
the panorama of Renaissance society. Hamlet was smart at pretending to be insane
– only absent-minded people would dare tell the truth in a lying society.

Hamlet’s plan went from
beginning to end, tragedy and insanity is the first step and brings goals that
only smart people understand. No one will doubt a crazy guy. Therefore, Hamlet
will temporarily avoid the dangers of scrambling for the throne and have no
doubts about revenge plans. Hamlet’s wise difference is also most evident in the
scene of insanity, the writer has used the foolishness and intelligence in
parallel to highlight will power. However, it is the intellect that knows the life
that is the cause of inner conflict in Hamlet later. Hamlet had to pay the
price when he was alone against the whole society on the path of revenge: no
one thought like Hamlet; No one understands Hamlet – the character who has
strayed from life. 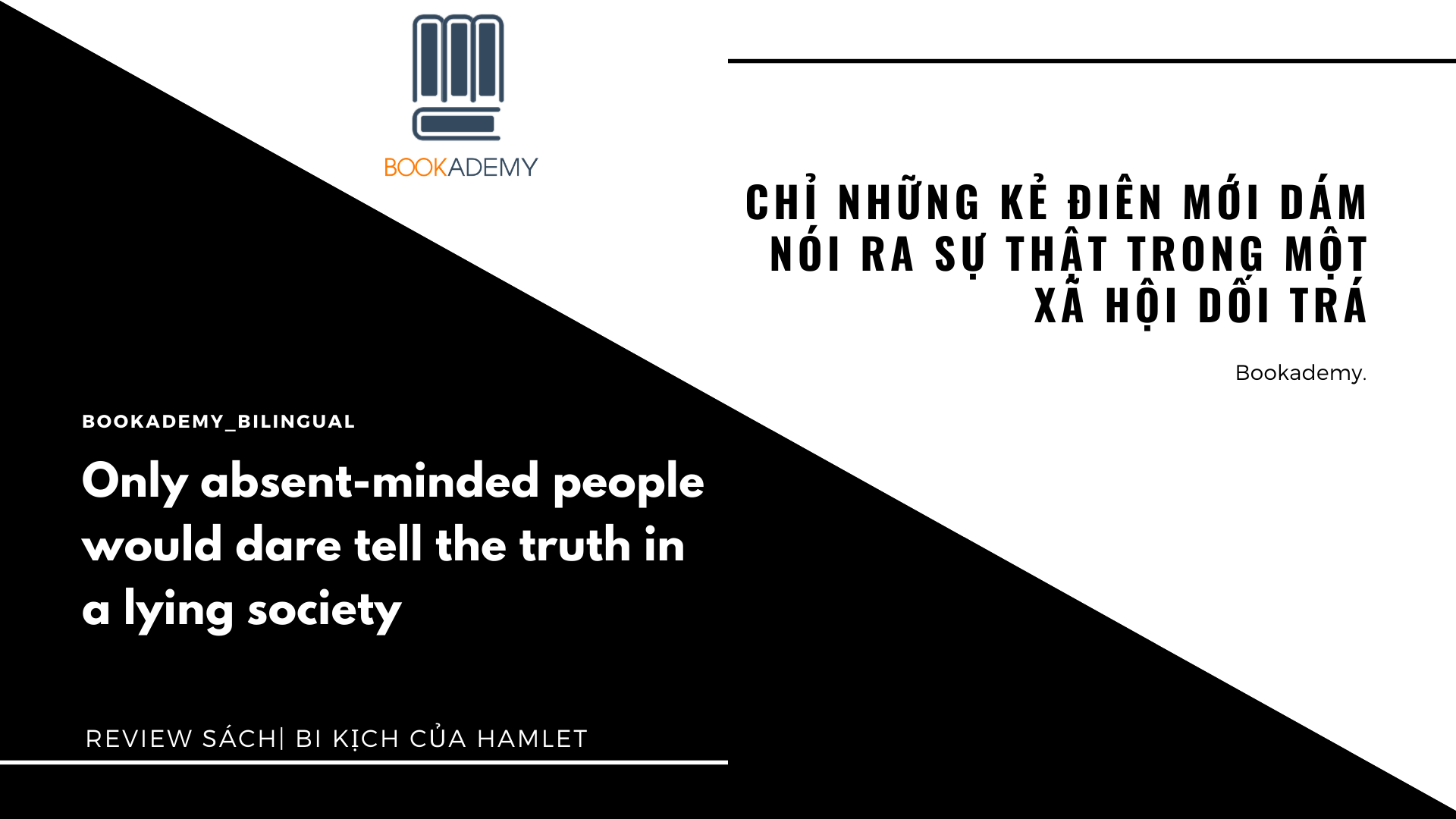 Is intelligence the cause of inner
conflict?

It can be said that
intelligence has helped Hamlet become great in advanced thought, but it has
also created Hamlet’s continuing tragedy. Hamlet has been influenced by the
inner conflict between the gain and the loss, they are the suffering that Hamlet
has to go through. Each time a character is cynical about himself is such a
conflict:

Yes,
from now on, I would like to erase from my memory all the junk memories, all
the dictates of the books, every form, every past impression that  my
observation has written down.

The realistic
philosophical value of the work appears in Hamlet’s inner conflicts – either
choosing revenge or choosing love; either choose against society or die of
the tragedy. The death of her lover – Ophelia shows a mistake in Hamlet’s
actions. Shakespeare normalized the character’s personality in the work, Hamlet
was also a normal person and also suffered the tragedies of the very
cleverness. 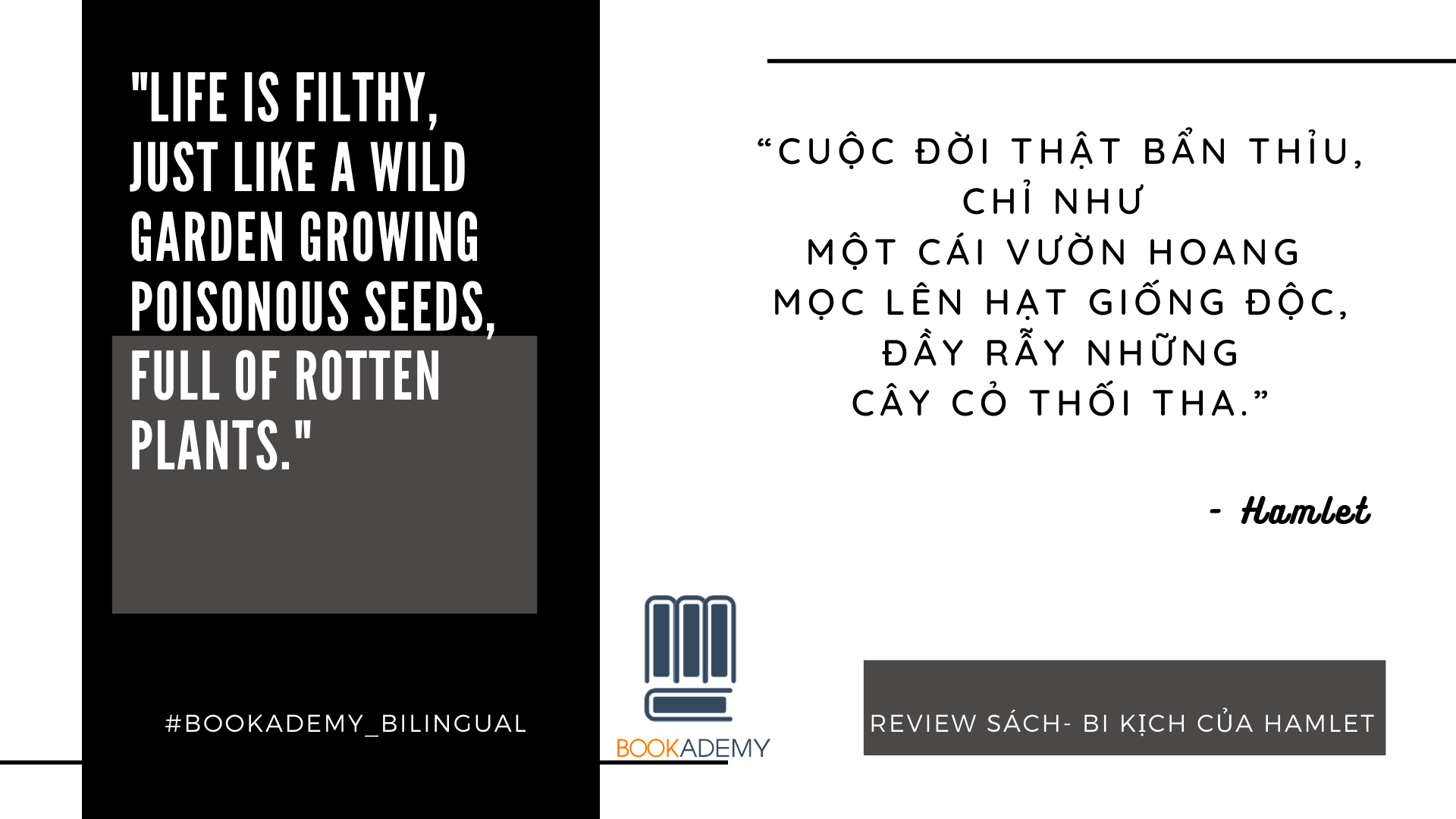 The Tragedy of Hamlet
deserves to stand in the ranks of works of all time. Despite being of great value
in many fields of reality, this article focuses on exploiting the tragedy
through the intelligence of the Hamlet. In the work, it is a writhing mind – a
transitional society of capitalism.

The character as Hamlet
did not naturally fall into tragedy, but it was the result of an era. In that
society, there will be many Hamlets but only one Hamlet came out of the pages,
dared to bear the difference to pursue politics. Intelligence is needed in the
21st century, but the way we utilize it is that each individual makes a difference.

If you passionate about writing & reading &
desire to cover reading habits to ybox communities, sign up to become our
collaborator here: http://bit.ly/bookademy_ctv

(*) Copyright of the article belongs to Bookademy – Ybox. When sharing or
reposting, please cite the full source “Author Name – Bookademy.”
Things are not accepted and must be removed.